According to the history behind this temple, it is said that in 1299 AD, a war took place between King Hammeer and Alauddin Khilji at the Ranthambore fortification. During the war time, they filled there godowns with foods and other necessary things in Ranthambhore Fort, where the King dwells. As the war lasted for many years, the stored things in godowns were getting over. King Hammer was a great devotee to God Ganesh. One night when he was sleeping, Lord Ganesh came in his dream and said that all the lacking and problems would be over by tomorrow morning. Next day morning, an idol of Lord Ganesh with three eyes (Trinetra) stamped from one of the walls of the fort. Also, a miracle took place and the war got over while the godowns got filled again. In 1300 AD, King Hammer built a temple of Lord Ganesh. He placed the idol of Lord Ganesh, Riddhi Siddhi (his wife) and two sons (Shub Labh) along with the idol of mushak (mouse, his vehicle). 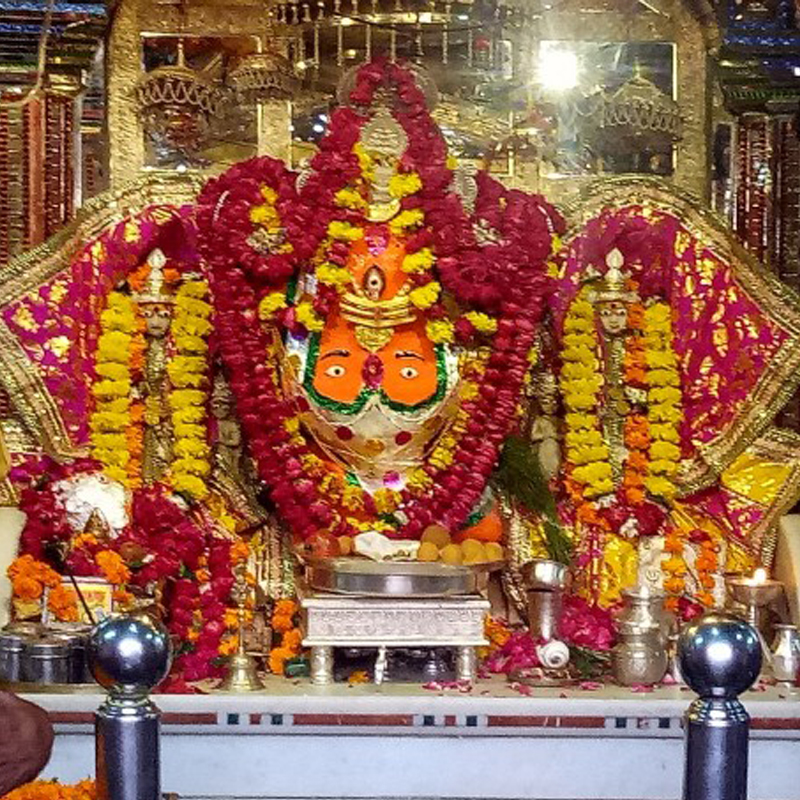